skip to main | skip to sidebar

Josh Hall is shaping a custom 6'-8" for one of Yuichi's friends in Japan.  He and Yuichi wanted me to translate one of Skip's box templates into a glass-on, marine-ply version.  This is the single-foil x 4 quad set that I came up with.   4.0" lead fins ~ 3.5" trailers.
Woods:  Elm burl veneer over Baltic birch ply with black glue line. 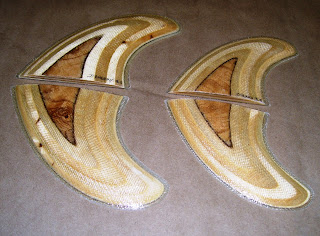 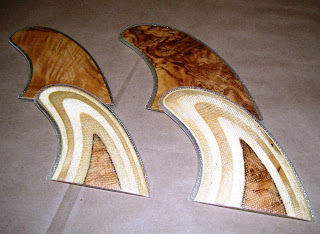 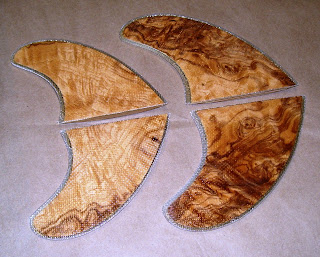 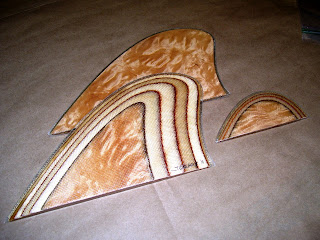 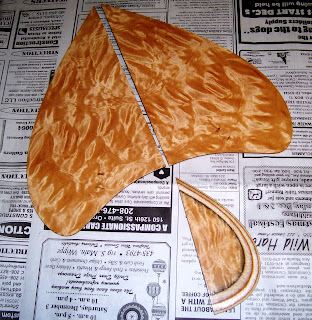 I have owned the late-80's, early 90's Phil Edwards Model for several years.  It has always been one of my favorite boards.  I had often dreamed of somehow, someday acquiring a pristine early-60's model to go with it.  By agreeing to take another precious board of mine in trade for this original Hobie, Phil Edwards Model my Brother-from-another-Mother, Francesco Di Tommaso made my dream come true (it's a long story).
I am truly grateful F.D.   They make a great photo together.
Top: 9'-8" P.E. Model shaped late 80's or early 90's.     Bottom: 10', early 1960's P.E. Model 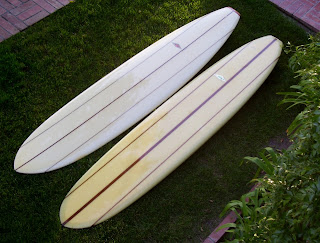 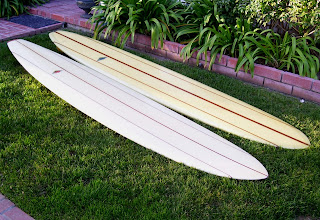 The early board has the solid-ash, Reverse D fin, standard to the model.  The late model board has a fin box, as did most.  The reverse D box fin is one based on Phil's original template that I made for the board. 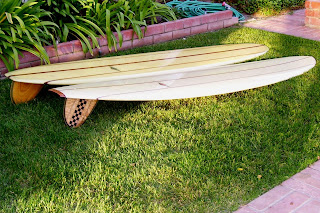 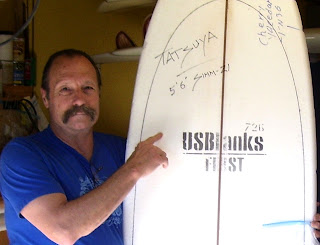 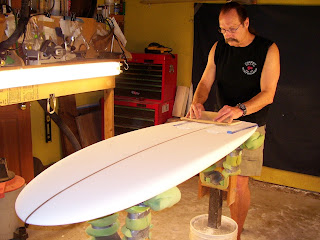 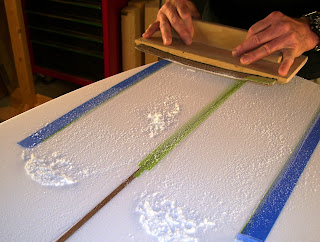 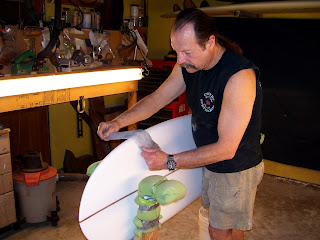 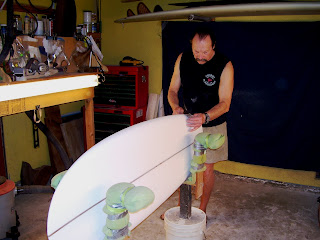 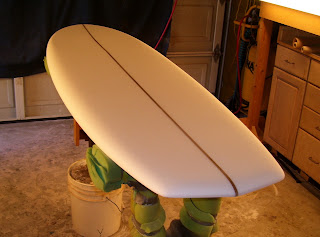 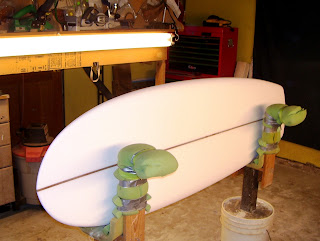 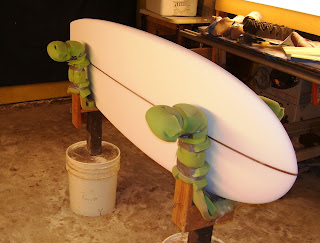 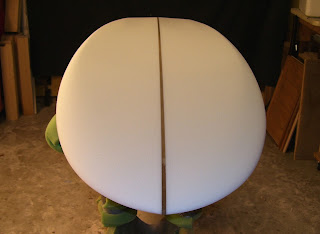 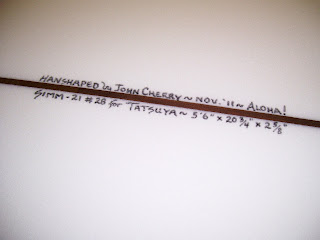 I'd have a hard time choosing which is more fun, shaping custom boards.....or building cool fins for them.
But Fins are so much easier to ship!!  I always love getting photos back from friends and clients of their boards with my fins in them or glassed onto them.
7.0 marine ply box fin for Kris Chatterson in Brooklyn, NY 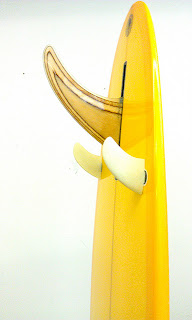 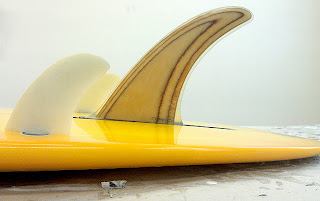 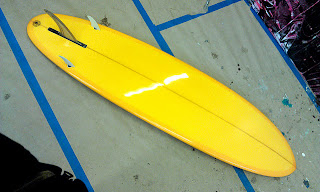 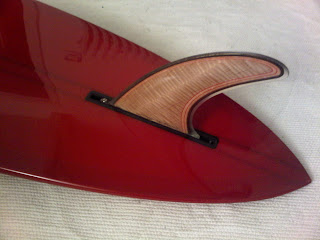 Thanks to Kris and Francesco for taking the time to send the cool photos of their boards
Aloha,  JC
Posted by JCWC at 4:05 PM No comments: